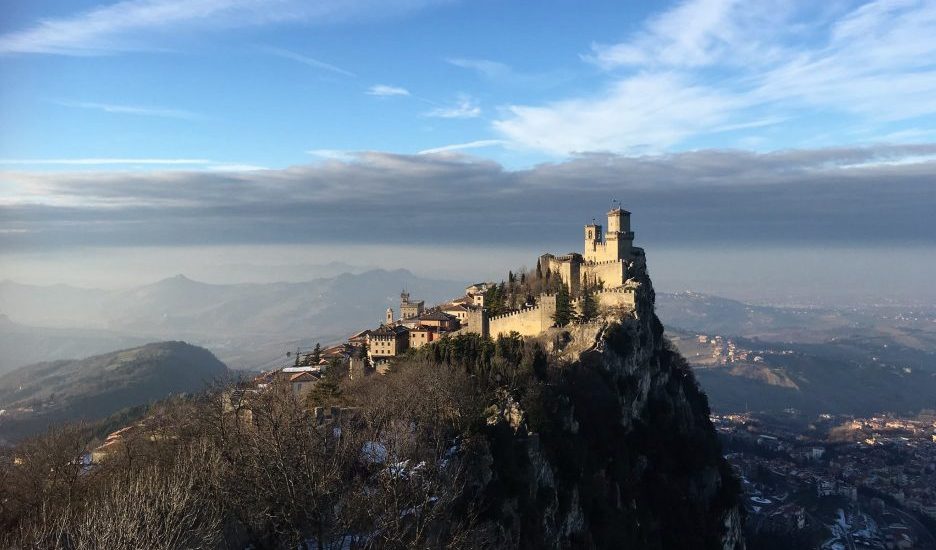 Because of the current historical situation we adapted the summer course on Medieval & Renaissance Music of San Marino.

The topic has changed from Liturgical Drama – where physical contact was necessary for the theatrical performance of the plays – to Italian Laude. This way we ensure the health of the participants.

The course will be taking place in the same dates and location (August 24-30, San Marino) paying attention to the new safety measures.

San Marino is covid-free since a few weeks, at the same time we understand how delicate the situation is in other countries. Therefor register now for free and transfer the course fees only a few weeks before the course starts. 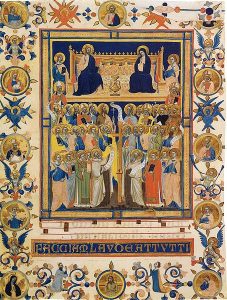 Laude are popular non-liturgical songs which were widespread in Medieval and Renaissance Italy. They were urban creations since they had no courtly origin but rather grew with the merchant population. Their texts transmit mostly religious devotion and were linked especially to Dominicans and Franciscans.

Its performance became largely popular getting to be sung by large confraternities, sometimes in procession. Although they started to be performed from the end of the 13th century its tradition remained until the 19th century.

One of the most known trecento lauda manuscript is the “Laudario di Cortona” which contains 66 Laude.

Another noteworthy laudario is that of Sant’Agnese thanks to its gorgeous miniatures. (see image). It was created in Florence and it is probably one of the most luxurious laudarios that exist.

This summer we will be working on the repertoire of Laude at the summer course on Medieval and Renaissance music of San Marino.

PreviousPrevious post:Interview at “Catalunya Música” radio
NextNext post:El Llibre de Marguerite Porete – espectacle
This website uses cookies so that you have the best user experience. We use our own and third party cookies to analyze users' browsing and improve our services. If you continue browsing, you are consenting to its use. Read More. Close
Privacy & Cookies Policy