Repertoire: a duel between Landini and Machaut 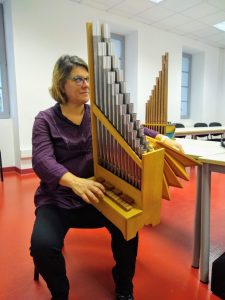 This 2019 we dedicated two weekends to the works of Francesco degli Organ (so-called Landini) and Guillaume Machaut. It wasn’t a regular course, in fact it became a medieval duel between the two composers. Taking the two styles of composition as a confrontation pushed the participants to pay especial attention to how the compositions are made.

Little by little the participants started grabbing elements of identity of Landini and Machaut musical styles, and by the end of the course they were able to identify the composers just by listening their pieces. At the same time they became stronger in counterpoint analysis.

We have been working mostly in the Ballata / Virelai form since the largest part of Landini’s works are ballate. Later we compared how the French Ballade is a completely different form. 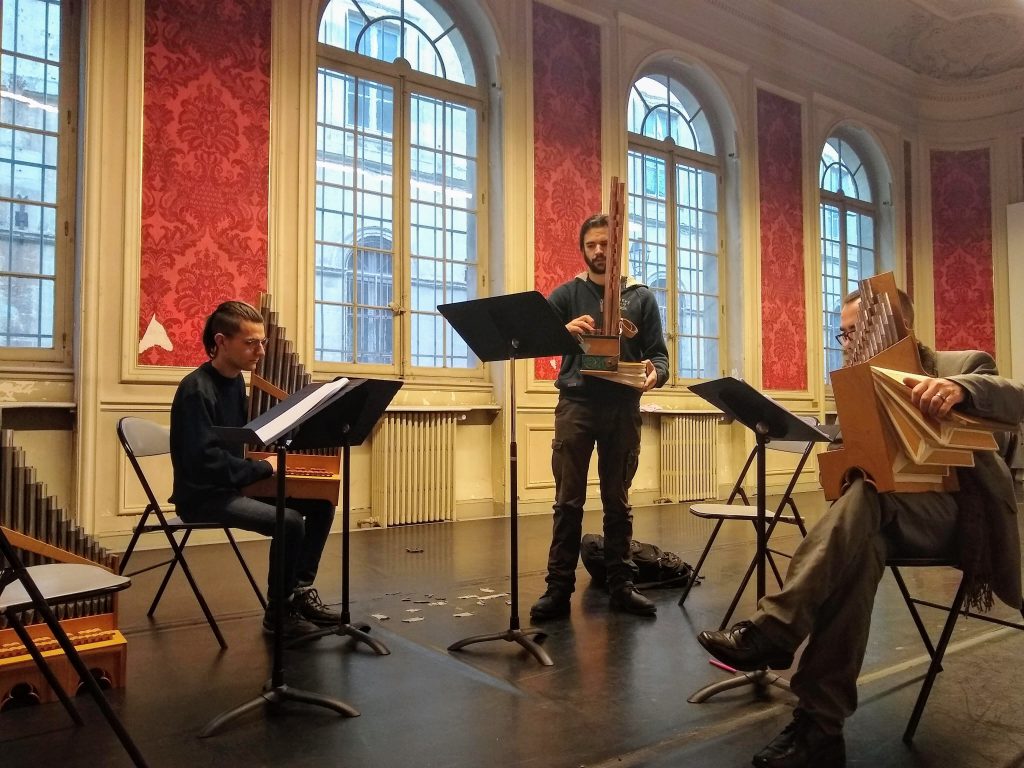 A very important aspect of the course has been as well the organetto technique such as posture, bellow and keyboard techniques. We put them into practice through a number of exercises and two-voice compositions of the 14th century. 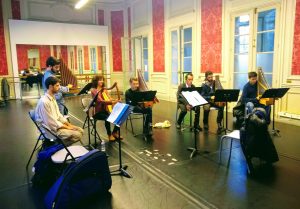 Only thanks to learning all these technical factors we can then make music and become musicians on the organetto: phrasing, accentuation, articulation depend on how well we know the instrument and the range of choices (technical of course) we have developed.

Therefore the students could spend daily practice time with the instrument.

Our hosts in Montpellier 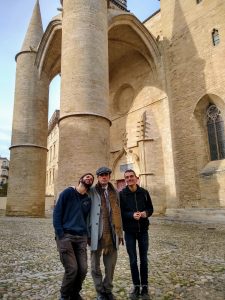 The beautiful medieval city of Montpellier (see picture on the top) welcomed us with golden trees in fall season. We enjoyed being at the buildings of the Conservatory and the University Paul Valéry.

Many thanks to the Centre International de Musiques Médiévales de Montpellier (CIMM) and to Dr. Gisèle Clement especially who made possible the course. Thanks as well to the historical organ maker Walter Chinaglia for allowing the use of his wonderful organetti to the participants. 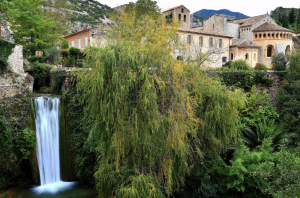 We are planning a 3-day course which in addition to performance practice, repertoire and technique, will include reading from the notation and a possible closing little recital.

We might be as well changing location in order to enjoy from the stunning medieval town of St-Guilhem-le-Désert.

Stay tuned for the news! 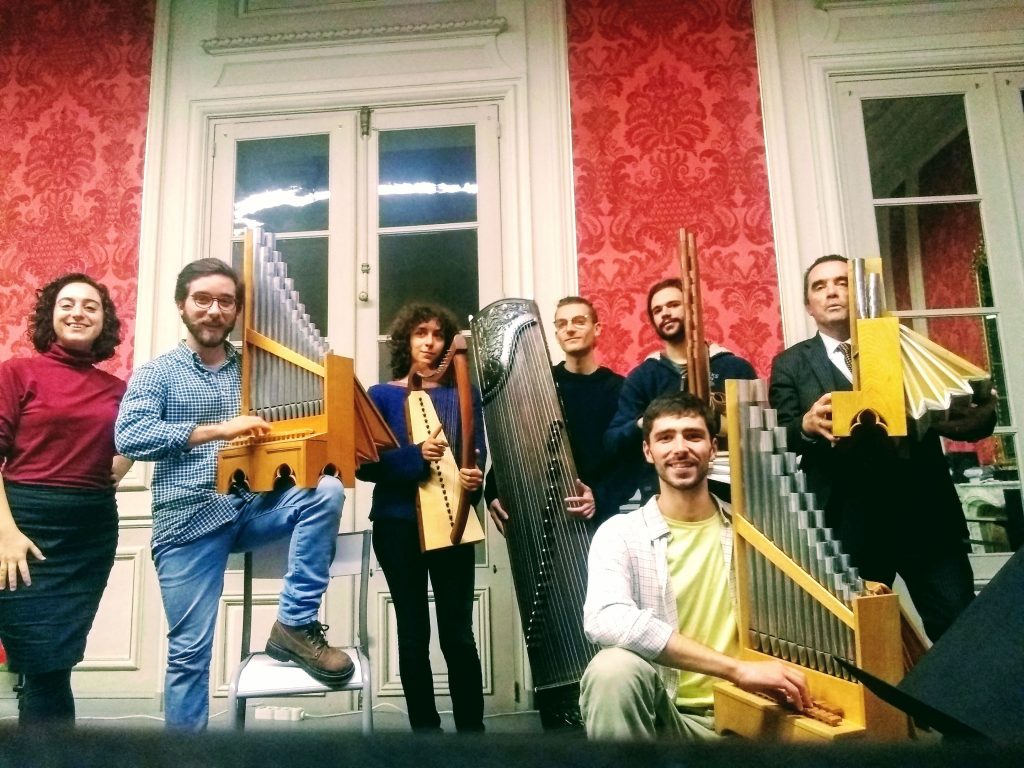 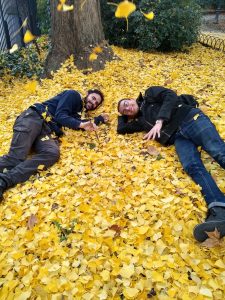 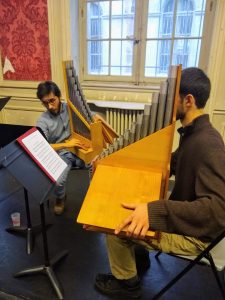 PreviousPrevious post:Registration open: Medieval Music Besalú
NextNext post:CD/DVD recording with La Camera delle Lacrime
This website uses cookies so that you have the best user experience. We use our own and third party cookies to analyze users' browsing and improve our services. If you continue browsing, you are consenting to its use. Read More. Close
Privacy & Cookies Policy