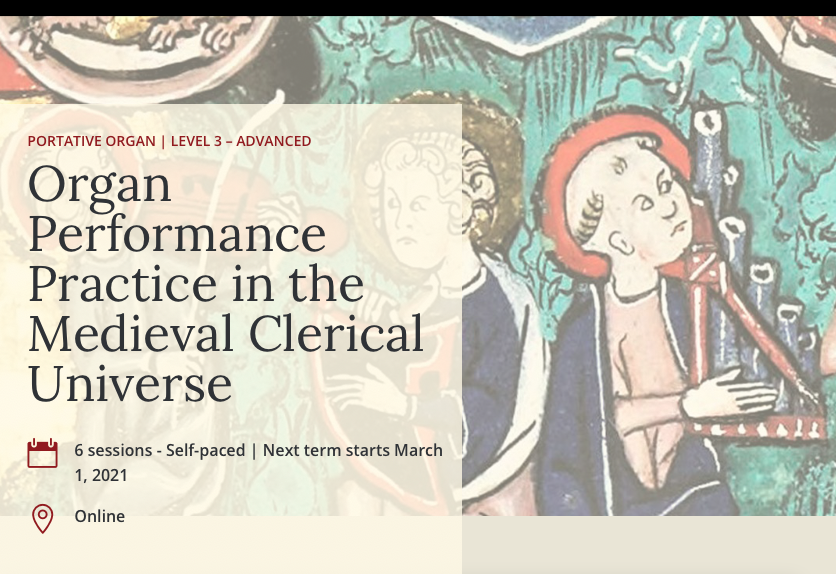 The organs played an important role in the West-European religious milieu of the 12th and 13th centuries. As a turn of fate, the organ is one of the instruments for which a significant number of written and depicted documentations about its use, its construction, and its symbology has survived. This enables to rescue and bring back to life music once attributed to the medieval organ.

In this course students will:

Learn about the historical context and symbolic significance of the Organ in the 12th and 13th centuries: iconography, treatises, mentions in historical writings

Expand your repertoire by learning pieces related to the use of the organ and its narrative: chant, sequence, hymn, and clerical dance

Learn techniques for accompanying monody based on medieval descriptions related to the organ: drones and organum

This course will be comprised of:

PreviousPrevious post:Seminar at All Souls (Oxford)
NextNext post:New CD “Lumière et Paix” released
This website uses cookies so that you have the best user experience. We use our own and third party cookies to analyze users' browsing and improve our services. If you continue browsing, you are consenting to its use. Read More. Close
Privacy & Cookies Policy